We arrived in Rotterdam to kick start Year 3 of our RTW.  On our last visit to the Netherlands almost a year ago, we based ourselves in Amsterdam for two weeks.  We really enjoyed our Airbnb condo in the Jordaan area living amongst the locals.  During our stay last year, we took a day trip to hang out in the relaxed town of Haarlem, about 20 minutes outside of Amsterdam by train.  While sitting in a cafe in Haarlem chatting with some local residents, we mentioned how much we enjoyed the low key lifestyle in their small town.  They both enthusiastically talked about Rotterdam, the second largest city in the Netherlands and suggested that we should include a visit on our return to the Netherlands.  Very similar to the city rivalries in many other countries that we have visited (i.e. Sydney vs. Melbourne and Hanoi vs. Ho Chi Minh City) another famous rivalry has been brewing between the two Dutch cities of Amsterdam and Rotterdam.  Although we loved the over the top action and frenetic pace of Amsterdam, the laid back scene in Rotterdam was a nice change of scenery.  We stayed for a week in a 1 bedroom townhome on a canal and this Airbnb proved to be a way better option than holing up in a hotel room for our stay.

Amsterdam is famous for its super cool canals, centuries-old architecture, numerous coffee-shops and liberal attitude to life.  Rotterdam may not be as popular or as busy as Amsterdam.  However, its futuristic architecture, lack of any bike/vehicle traffic and significantly fewer tourists wondering around make it way more relaxing to navigate.

There are a bunch of advantages Rotterdam has over Amsterdam.  The cost of living in Amsterdam is considerably higher than Rotterdam.  Accommodation pricing was almost half.  Food was significantly less expensive.  Green vegetables were even priced much lower.  Both cities have an equally impressive bike-friendly infrastructure.  I was particularly amazed how little car and bicycle traffic there was in Rotterdam.  It was definitely easier to navigate around, without the risk of being mowed down by the thousands of bicycles zipping around the canals and city streets in Amsterdam.  However, one big edge Amsterdam has over Rotterdam are the way more picturesque canals that are now recognized as an UNESCO heritage site.

Rotterdam is definitely an up and coming city.  The city was basically razed to the ground during the WW II bombings.  After the war, city officials decided not to re-build the metropolis in the old way and, as a result, the rebuilding is significantly more modern looking than that of Amsterdam.  The city is best best visited during the summer as I can just tell by walking/biking around that a visit this time of year would be so much more enjoyable than during the notorious cold and drab Dutch winters. 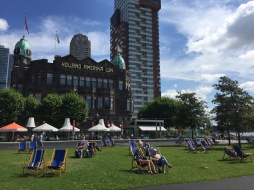 Like all cities in The Netherlands, Rotterdam is very bicycle-friendly.  My tip for visiting any dutch city is to rent a bike.  The dutch way to get around is by bike and that was our mode of transport during our stay in Rotterdam.  On the bike you feel like a local and it is so easy to get around the city.  Rotterdam has a real convenient brand new bike rental program called OBIKE.  You download their app from the App Store on your Iphone, put some moolah into the account and simply scan the QR code on the bike and the bike magically unlocks itself.  What is really cool about this bike rental program is that you do not have to search out designated bike locations to get a bike.  The bikes are scattered throughout the city and anytime you see a yellow bike, you are basically free to hop on.  What I liked best, after you are finished with the bike, you are free to park it mostly anywhere.  Just press the lock and it communicates via Bluetooth with your iphone alerting you of the end of the biking session.  No need to return it to a designated bike location.

The cost for all this convenience?  50 cents per 1/2 hr.  This low rental rate stays this way unless you take advantage of the system and screw up.  There is a build in rating system where you get points for both doing good and points deducted for fouling up.  You begin with 100 point rating upon signup and are rewarded for good behavior.  If your point rating drops below 80, then your 1/2 hr. rates increase dramatically for future rentals.  For example, you get -2 points deducted for riding too stoned but get +1 point added for not being too big of a stoner and successfully remembering to return/lock up the bike upon the completion of use.  You also can get +2 points added to your shit if you rat out another Obike user out for being a dick and not parking/returning their bike to a proper public space.  Another +2 points can be added to your rating if you report a broken bike thru the app.  Basically, if you are a righteous dude and just follow the rules, then you are good to go. 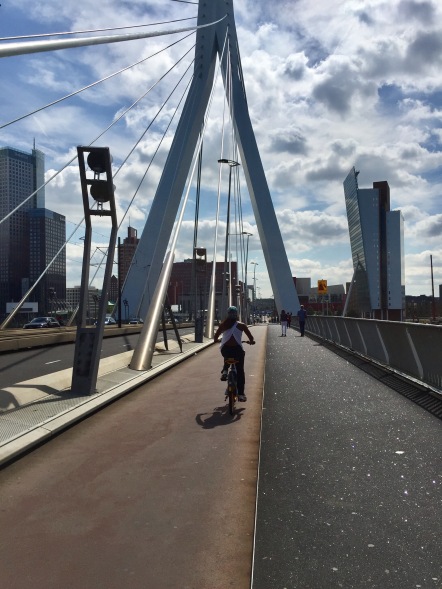 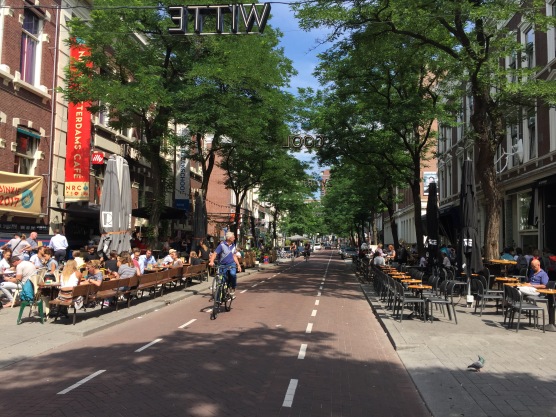 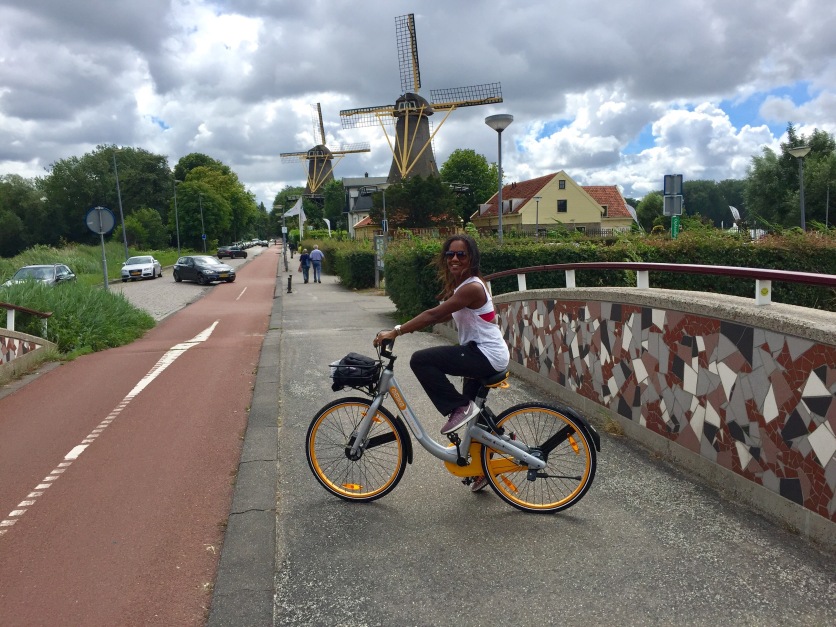 The big activity while wandering around the streets baked is a mandatory stop for a wide variety of ethnic food at the newly built Markthal, a large indoor food market.  The market hall was one of our favorite spots in Rotterdam; full of action, cool atmosphere and most importantly, amazing food that satisfied our continuous bout with the munchies.  The best thing to do, similar to all Dutch towns, is take to the streets and just wander around aimlessly.  You also have lots of museums to choose from and a bunch of green parks to ride your bike to and cool out in.

Rotterdam always seems to be in the shadow of Amsterdam and is definitely a hidden secret.  It is not on the travel list of many travelers like Amsterdam and is therefore not packed with tourists and that’s basically the reason why we loved Rotterdam.

An easy 20 minute train ride outside of Rotterdam is the small, quaint town of Delft.  It was a great day trip and given the compact size of the old town area, we had plenty of time to cover most of the town.  It is however, the kind of place you could spend a few days wandering at leisure, checking out the local coffeeshops and trying out all the different cafes and bakeries.  It wouldn’t be a bad option to base yourself in Delft for a few days when in the Netherlands given its close proximity to Amsterdam, Rotterdam, Haarlem and Utrecht. 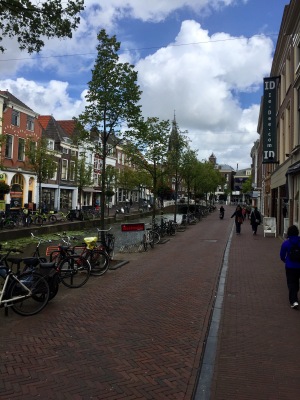